Where to find cheap flights from New York to Paris

Where to find cheap flights from New York to Paris

Fareskart offers budget tickets from New York (JFK) to Paris (PAR) . But make some online research beforehand, you will get the cheapest airfare deals to Paris on Fareskart only. Here is my piece of work, handing you over some airlines deals & discounts on flights from New York to Paris.

Plan an unforgettable trip to Paris from New York starting from $880.62 roundtrip. Paris is renowned as most adorable & expensive city as well. If it’s your first trip to Paris, you’ll apparently want to hoot out of fun at the world eminent Eiffel Tower, The Louvre, and Arc de Triomphe. You can catch a free film  at the open-air cinema at Parc de la Villette. This will hatch a beautiful evening plan with you love & family as well. There is no way out, you’ll get to do all together –  so craft your own itinerary, nearby sightseeing attractions and Book cheap flights New York to Paris.

If you get the plans right, you can book your flight starting from $704.81 exclusively on Fareskart.us & visit some of most renowned museums and monuments in Paris for Free. There are so many crowd-pleasing places, activities & things to do in Paris which are free of cost. But don’t miss out the other remarkable city gems  Palace of Versailles, Sacré-Cœur or Musée d’Orsay.

Its no wonder that many visitors to the city of light are curiously wants to catch glimpses of professional & stunning models prancing the runway and flaunting the store’s latest fashion collections at Galeries Lafayette.

Starting from $431.89, Norwegian Airlines is furnishing exclusive flight deals from New York to Paris. So, book a flight & Adore the Love Wall situated in Paris. It’s not a surprise that this mural has featured “I Love You ”  calligraphed in 311 different languages of all around the world including 192 different languages of United Nations.

The artistry was created by Frédéric Baron and Claire Kito, who begin the process of collecting the powerful sentiments of love in notebooks by knocking on the doors of embassies and asking their neighbours.

No one can image the City of Lights without Eiffel Tower today. Aer Lingus Airlines is furnishing exclusive flight deals from New York to Paris starting from $493.98. Don.t miss dinning at the most captivating restaurants housed in the 320m tall Eiffel Tower. On the first level you’ll find 58 Tour Eiffel, which is open for lunch and dinner with breathtaking city views. Le Jules Verne is one floor up on the second level, offering exquisite contemporary French cuisine in an elegant, modern atmosphere. Finish your evening with a glass of bubbles at the Champagne Bar on the third level. 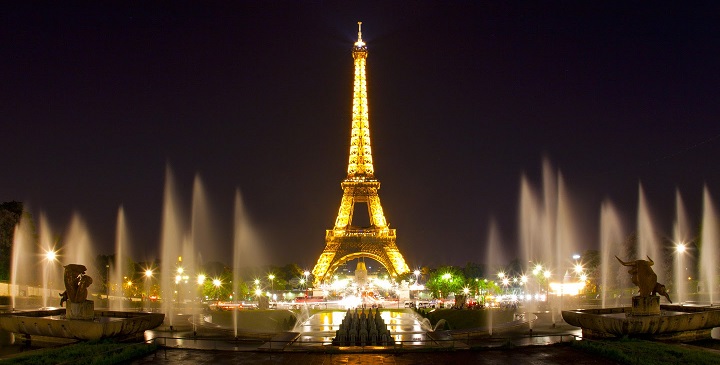 A trip to Paris from New York with Lufthansa Airlines will cost you $467.40 roundtrip. As long as the weather is good, tango enthusiasts (advanced and never-before-danced) gather at the mini amphitheaters along the Seine in the 5th arrondissement to dance seductively until twilight. If you don’t want to join in, sitting with a bottle of wine on the steps, watching these dancers is still absolutely mesmerizing and incredibly atmospheric. 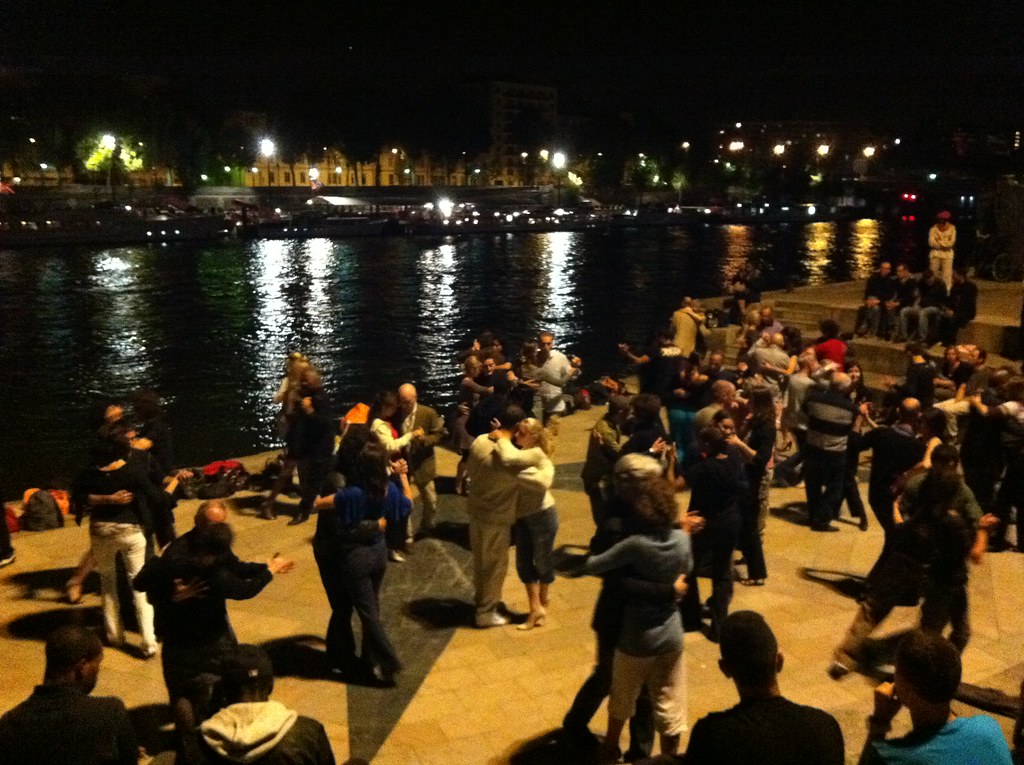